It’s a popular belief that our behaviors are determined as a result of our attitudes. However, according to the theory of planned behavior, more goes into predicting behavior than solely understanding a person’s attitude. The theory is useful in predicting the way consumers will actually behave.

However, this isn’t a completely accurate representation of how to predict behaviors. Attitudes can predict behaviors that were not planned but they won’t always predict intentional behaviors. When attitudes and perceived norms are combined, we can get an actual prediction of our intentions. This is essentially what the theory of planned behavior represents. This theory is used to be able to predict planned or intentional behavior. 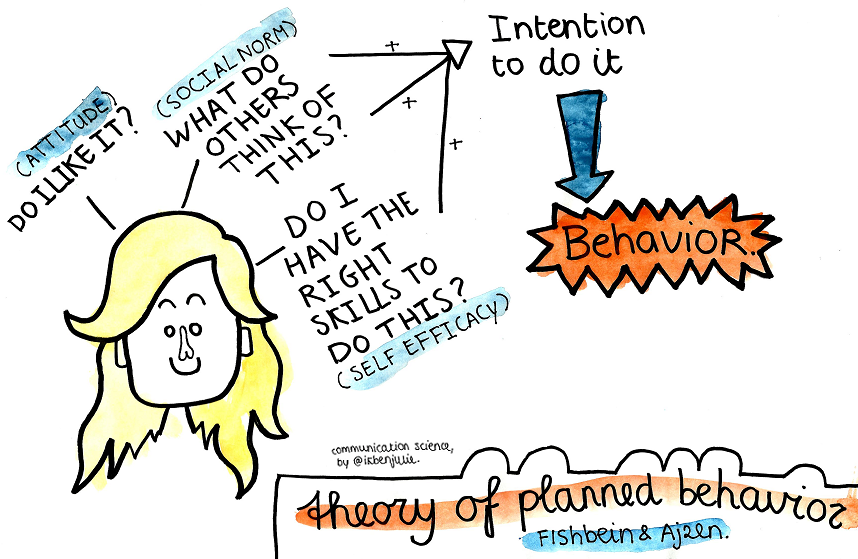 The theory of planned behavior suggests that when people can first think about how they will behave, the best way to determine how one will behave is by their intention. To understand what a consumer is going to do, marketers must first determine what it is they intend to do.

So why is the theory of planned behavior so important in marketing? Well, for one, the theory provides a model so that we can best understand how to change behaviors for our target audience, business partners, employees, and key stakeholders. It is also made up of three types of considerations:

The best way to apply the theory of planned behavior is to apply these three considerations to diverse behaviors in order to find influences that could increase a customer’s intention to do something or drive their behavior to do it. According to an article on Clerverism, “The theory is not without its limitations, and the main argument against it is how it puts no value or importance on emotion, which is seen by many as one of the key elements that determine or drive one’s behavior.” Still, it is truly a great way to predict how consumers will act when it comes to buying a product and studying human behavior, especially planned and reasoned decisions, will result in better theories down the road.